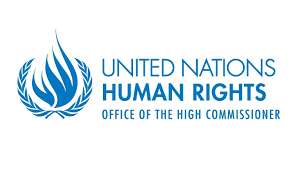 GENEVA (14 December 2016) – Governments should stop placing children and families in immigration detention, a group of UN human rights experts* has said in a call to mark International Migrants’ Day on 18 December. The detention of children has been increasing amid rhetoric and policies that seek to criminalise undocumented migrants, including children. However, there is never a justification for such detention.

Every day, thousands of children – sometimes with families – are locked up in immigration detention in over one hundred countries around the world, including both developed and developing countries. Such an experience can be devastating for a child and is not a legitimate response under international human rights law.

The Committee on the Rights of the Child has held that under the UN Convention on the Rights of the Child, which has been ratified by 196 States, States cannot justify detaining migrant children because they are unaccompanied or separated from their families. States also cannot justify detaining children on the basis that their parents need to be detained and that it is the only way to keep the family together.

We are concerned that some States appear to be working on the erroneous assumption that detention is sometimes in the best interests of the child or that the Convention on the Rights of the Child, which allows for detention as an exceptional measure in the juvenile justice context, somehow permits it. We are similarly concerned about attempts to justify immigration detention as an important measure to reduce the occurrence of children running away once in a transit or destination country. This notion is neither child rights-compliant nor evidence-based.

Let us be clear: immigration detention is never in the best interests of the child. This view has been repeatedly expressed by the Committee on the Rights of the Child, Committee on Migrant Workers, the Working Group on Arbitrary Detention, and the Special Rapporteur on the human rights of migrants, who have called on States to immediately cease any kind of migration-related detention of children and families.  This is also the position of all 22 UN, intergovernmental and civil society members of the Inter-Agency Working Group to End Child Immigration Detention.

The reasons why immigration detention is not in the best interests of the child are many. Most importantly, children in immigration detention will often be traumatised, and struggle to understand why they are, as they see it, being ‘punished’ when they have done nothing wrong. Even short periods of detention have an adverse and long-lasting effect on a child’s development, on their physical and mental well-being, and might aggravate previous trauma experienced in the countries of origin or transit.

Immigration detention is a clear child rights violation and States must prohibit it by law and cease the practice quickly and completely. States must adopt alternatives to detention for children and their families that are non-custodial and community-based. These alternatives are better suited for the next steps of a child’s life, whether they stay in the host country, are re-settled in a third country, or are returned to their country of origin if that is in their best interests. The prohibition of child migration-related detention and the duty to implement alternatives should be guaranteed by law and effectively fulfilled in practice.

Unaccompanied migrant children should be the main responsibility of child protection agencies and not of migration authorities ­and they should be placed in the national alternative care system, preferably in family-type care rather than in institutional care. Such a system should benefit from substantial investments to be in a position to respond to this new task. Unaccompanied migrant children should quickly be appointed a competent and appropriately trained legal guardian tasked with protecting their best interests in loco parentis, including through the appointment of a lawyer to represent them in the various proceedings that they may face.

When applying alternatives to detention, States need to make sure that they respect the children’s rights, including their rights to education, to the enjoyment of the highest attainable standard of health, to an adequate standard of living, and to rest, leisure and play.

We note the commitment by States in the New York Declaration on Refugees and Migrants to work towards ending the practice of immigration detention of children. As the Global Compacts on refugees and migration are being developed, we are calling for a clear, unified and child-rights approach on this issue and look forward to supporting States in implementing this commitment as a priority. We encourage States to exchange information on the good practices on alternatives to immigration detention of children which already exist.

The Committee on the Rights of the Child: http://www.ohchr.org/EN/HRBodies/CRC/Pages/CRCIndex.aspx

The Committee on Migrant Workers: http://www.ohchr.org/EN/HRBodies/CMW/Pages/CMWIndex.aspx

The Special Rapporteur on the human rights of migrants: http://www.ohchr.org/EN/Issues/Migration/SRMigrants/Pages/SRMigrantsIndex.aspx

US Executive Orders are cruel, misguided, and illegal
Scroll to top