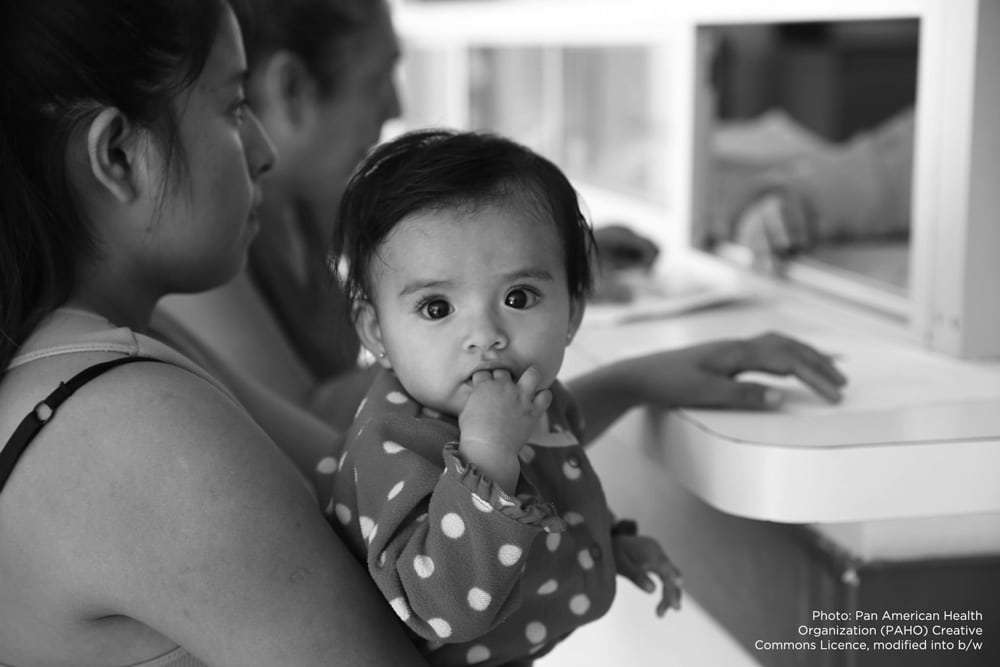 Three executive orders issued this week by U.S. President Donald Trump have significant and terrible implications for immigration detention of children across the region.

The orders increase the use of detention generally; call for an expansion in the construction of detention facilities at the U.S. southern border with Mexico; and will force child asylum seekers to be automatically and mandatorily detained throughout the duration of pending asylum claims. These actions are not only contrary to well-established international law norms, they’re inhumane and contrary to our shared values of protecting children.

“What we are seeing is a misguided and disproportionate focus on enforcement, an obsession with appearing tough, and it’s hurting children and their families the most” said the Coordinator of the Global Campaign to End Child Immigration Detention, Leeanne Torpey.

Additionally, the Administration’s promises to build a wall at the Southern border of the United States, to publish a weekly list of “criminal actions committed by aliens” in Sanctuary Cities, and to ramp up immigration enforcement and deportation efforts—including a temporary ban on entry from 7 Muslim-majority countries in an effort to “keep radical Islamic terrorists out of the United States”–are reinforcing anti-immigrant xenophobia and directly leading to the harming of migrant children.

Hundreds of families – U.S. citizens, permanent residents, and non-citizens alike – have already been affected by these policies, as loved ones were detained in airports this past week and many families who were set to be resettled in the U.S. are now separated, unsure when they will be reunited. In a particularly chilling example, a 5-year-old child was handcuffed, separated from his mother, and detained for more than four hours, allegedly because he may have posed a “security risk” to the United States. In a press briefing on Tuesday, U.S. press secretary, Sean Spicer, was unrepentant, saying “To assume that just because of someone’s age . . . that they don’t pose a threat would be misguided and wrong.”

To the contrary, children are always children first and foremost, and should never be criminalised or punished for seeking entry or stay in another country. Whether accompanied or unaccompanied, all children are entitled to protection and care, and the United States has committed to “protect the human rights and fundamental freedoms of all refugee and migrant children, regardless of their status, and giving primary consideration at all times to the best interests of the child.”

The detention of children and families on the basis of seeking asylum, or for irregular entry or stay, is never in the best interests of a child. This position is now incredibly clear, and has been reinforced by the UN Committee on the Rights of the Child, the UN Secretary-General, and the UN Refugee Agency (UNHCR), among many others. Furthermore, in September 2016 all 193 Members States of the United Nations committed to work to end the immigration detention of children. The recent actions by the U.S. Administration work to directly undermine this principle of international law and its commitment to other UN Member States.

Border apprehensions and detention in the U.S. currently include thousands of women, children and families seeking safety from well-documented violence and insecurity in their home countries. Over 400,000 people are held in immigration detention in the U.S. each year, with some detention centers specifically dedicated to detaining children and their parents as licensed “child care facilities”, a practice that has been called “an assault to the common sense of the people”.

Since the expansion of family detention in 2014, mothers and their children, including infants and toddlers, are locked-up for months or even years in immigration detention centers, often in “deplorable” conditions, far away from legal and social services and without knowing when they will be released.

With these new executive orders, families needing protection now face even greater risk of being detained in the U.S. or left vulnerable at the border.

“Failing to protect children, and threatening to detain them in such an inhumane manner has not stopped irregular migration, but only forces women, children, and families into the hands of traffickers, smugglers, and drug cartels” said Ms. Torpey.

Campaign supporters in the US have outlined how and why the orders are effecting families and children, and are a serious breach of human rights.

“We’re all worried about the fact that more than 50% of refugees now, worldwide, are children. This latest development leaves even less options for children and their families to find safety” said Ms. Torpey.

Children and families should never be in immigration detention – UN exper...