My name is Hassanpour Gholam Reza, and I am a former unaccompanied migrant child. Today I’d like to share with you my experiences—which are the experiences of tens of thousands of unaccompanied children around the world.

I was born in Afghanistan in 1990 and fled to Iran together with my family at the age of 7. Growing up in Iran as an Afghan refugee was extremely difficult. We did not have enough money for health care, or to enroll in school. Even with a valid ID card, my family was under constant threat of deportation. I myself was arrested twice, and my family had to bribe the policemen for me to go free.

As a young man, being deported back to Afghanistan would have meant certain death. So out of fear of deportation to a place where I knew I was not safe, I decided to leave my family behind in Iran and flee towards Europe. That was a very hard decision to make, going away and leaving all of my family behind. At that time, I was only 16 years old.

But faced with no other options, in 2005 I started my new journey to seek safety and protection along with five friends. It was an extremely difficult journey, and more than once I nearly lost my life.

It began at the Iran-Turkey border, where we paid a smuggler to lead us into Turkey. We walked for ten nights and hid inside caves and holes in the mountains during the daytime to avoid arrest. On the last night, border guards approached our caravan and we were ordered to run, left deserted.

I was running around terrified, having no idea where I was going. Stopping at one point, and looking around, I realized that I was all alone. I called out for my friends but got no answer. I eventually found only three of my friends. We shouted out the names of our two missing friends, but the  smugglers held us at gunpoint telling us to shut up, lest we risk being detected..

Fifty of us were then crammed into the back of a small truck that would take us into Turkey. But we were detected and arrested by the Turkish army who detained us in a makeshift camp, outdoors, subjected to rain and freezing temperatures. During those days, food was scarce. One especially cold night, we begged the soldiers to let us inside because we were freezing, but they only pointed their guns at us. We were so cold, tired and hopeless that we spread our arms and yelled at them to shoot us and end our misery.

The Turkish border guards took us back to the border with Iran and simply left us there. We knew there were groups of traffickers in the border region that would capture refugees and hold them hostage. We managed to evade them for a whole day, starving and thirsty, but were eventually forced to surrender to them out of desperation. As the traffickers drove us away in a small truck, the Iranian border guards now fired shots at our vehicle. We felt trapped—already in the hands of traffickers; with Iranian border guards firing at us from one side; and the Turkish border guards threatening us with deportation from the other.

At a house owned by one of the traffickers, we were told: “I bought you, and I need to be paid in order to set you free”. We told them that we had no money, but one of the traffickers grabbed me, saying in that case he would begin by torturing the youngest of us to death. Eventually we were able to pay for our release and arrived to Istanbul. The Turkish coast guard was patrolling the waters to stop people from leaving so—exhausted and starved—we embarked on an overcrowded lifeboat in the middle of the night. None of us could swim. I had never even seen the ocean before. We rowed for five hours until we reached the shores of Greece.

We were told we were on the island of Lesvos and we went to the authorities to turn ourselves in. I thought that now we had finally arrived in Europe, after the horrors of such a terrible journey, we would be given a safe place to stay and that I would be able to go to school. I never thought that I would be put into detention. But the Greek coast guards took us to a room in the port where they closed the curtains, put us up against the wall and asked us «do you have money, do you have mobile phones, do you have official release from detention forms?”. When we answered “no”, they kicked us in the genitals, repeating the same questions over and over again. After some time, they let us go, ordering us to “go to police station” and turn ourselves in, as if we were common criminals. We walked around for 2 hours until we found the police station. We waited many hours in the police station, until night-time and we were exhausted. We were in handcuffs, and there was no translator so we could not understand what the Greek policemen were saying. 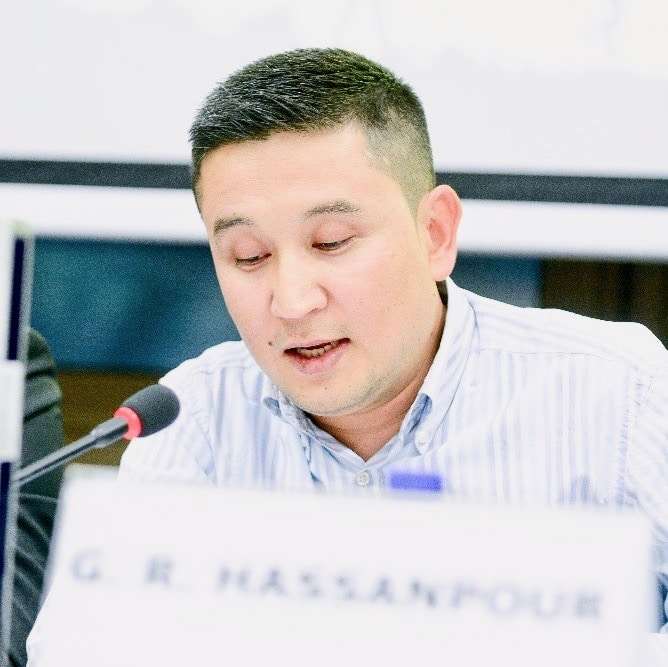 The policemen then took us to a detention center where children and adults were held together, in miserable conditions, behind bars, like a prison. This center has since been closed down. There was only one toilet and one bathroom for fifty people. We were allowed only one hour  a day to go outside in the yard and to have a warm shower, but only the stronger ones could make it to the shower; the others were pushed aside. It was November and it was really cold in the center – I used 3 blankets to try to get warm.  We were not allowed any contact with anyone on the outside. Not even the authorities themselves came to visit us. I stayed in this camp for two weeks. I had been told we would only be there for 1 week, but no-one explained anything to us about what was going on. I know that I was lucky, as others were held for many months in detention. After this experience I will never go back to Lesvos. I try not to think about this time. After all that children have been through – wars and horrific journeys – how can you put them in detention? They are not criminals. Detention will not stop children arriving in Europe; people will always find a way when they are desperate. After my terrible journey, it was a shock that this was how Europe treated me when I arrived – but I thought that this was just how Europe is. When I had set off on my journey, I had intended to head somewhere in Scandinavia, but I was so tired after my journey, had run out of money, and was too scared to continue, so I decided to stay in Greece.

Eventually, I was allowed to come to Athens where I shared a room with ten other Afghanis, and got a job as a tailor. I worked twelve hours a day. But after living like this for a year, I realized that I had not come all this way and had not risked death many times over just for this. I wanted first and foremost to live—to get an education, to do the things that every young person dreams of for their life.

I made contact with a Greek NGO, who helped me to learn the Greek language, to register in school, and slowly I started finding my way. I waited for seven years for my asylum application to be examined, but finally, after many years of patience and personal effort, I acquired Greek citizenship.  And for the last six years I have been an interpreter for the Greek Council for Refugees, helping to provide legal and social support to other unaccompanied child refugees and asylum seekers. As part of my job I have visited “hotspots” in Greece, where both adults and children are kept together in bad situations, and many of these “hotspots” are like detention centers. I have seen unaccompanied children in danger in them.

I want to stress that throughout the course of our journeys, the lives of unaccompanied children are at great danger. Smugglers, traffickers, border guards, police, or even fellow travelers take advantage of us, and everywhere I’ve been, I’ve witnessed children become the targets of violence, exploitation, rape and abuse. Children should not be put through even more by being put in detention because of their immigration status.

There is still much work to be done if we are to make real progress for the protection of unaccompanied children, so I want to end my remarks with three concrete recommendations that I hope this Forum will consider.

Thank you so much for attentively listening to me and I hope that my words echo the voices of all unaccompanied minors. I wish for a future where no child will ever be left alone, for any reason whatsoever.