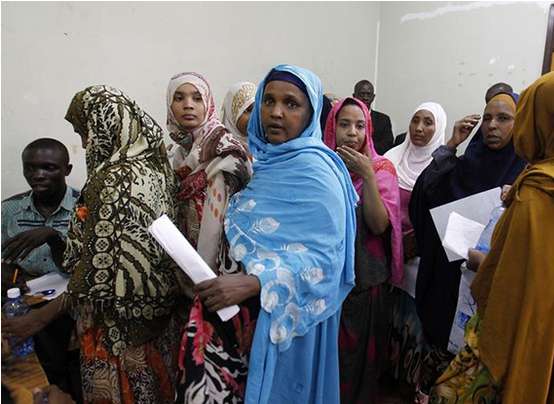 A coalition of NGOs and International Organizations (IOs) in Kenya will launch a national campaign to end child immigration detention. This year-long campaign will seek to engage the public, government officials and opinion shapers to raise awareness of the issue and to highlight the existence of alternatives to detention.

The campaign will be guided by the underlying position that all refugee, asylum-seeker and irregular migrant children should be:

Children should under no circumstances be detained. Liberty is a fundamental right.

Children are, first and foremost, children and should be treated in full accordance with international law regarding child rights.

The best interest of the child must be the primary consideration in any action that a State might take in relation to a child.

States should transpose into their respective legislation and practice an end to the detention of children for migration reasons and seek to develop appropriate community placement models.

Consistent with the principles of family unity, the parents or primary care-givers should not be detained, but should be allowed to live in the community setting with their children, while having their status assessed. Unaccompanied or separated children should be appointed an independent guardian.

The national campaign will kick off with a social media event on November 20th 2014, which marks the 25th anniversary of the adoption of the CRC by the UN General Assembly.

On this day, the coalition of NGOs and IOs will tweet, post, share, tag, and boost content to engage the public, opinion shapers, and government agencies. The immediate objectives are to raise awareness (by sharing stories, facts, and figures) and to encourage social media users to participate in the campaign (by signing the online petition and visiting the campaign’s global website). endchilddetention.org/petition/

Beyond the social media launch, the national campaign will focus on collecting data on scale and scope of migrant detention, which it will use along with international best practices to encourage policy makers within the government to put in place frameworks to ensure that children and their families are not detained on the basis of their immigration status.