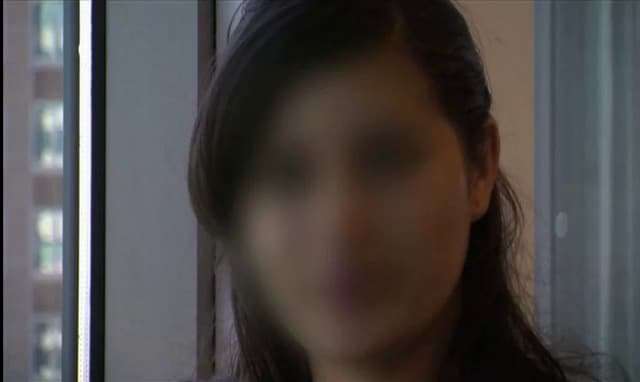 “I cried a lot because it reminded me of when I was locked up in the kidnapping.”

One of the reasons the detention of migrant children can be so devastating is that it is used on those who have often experienced the worst of life already.

At 16, Carolina left Honduras looking for a new life. By train and foot she made it to Tealpas, on the Mexican-US border. She was just kilometers from the country of her dreams.

But it would be two months of horror before she crossed the border.

In Tealpas, Carolina was kidnapped and transported to a house where she would be kept in the dark with 80 other people. That is where she saw first hand what no child should see.

“It was really bad people and they had us locked up for a long time. They beat us, they didn’t give us food…” she says.

“They tell my mum that if she didn’t send the money they would kill me or sell me. Like I don’t know what you call those places, where women, where prostitute women are sold.”

Eventually Carolina’s mother paid the ransom and the kidnappers freed her. She travelled across the Rio Grande into the United States where immigration officials picked her up. She was then taken to a ‘foster home’, a closed facility which she shared with another 16 girls. Carolina stayed there for three months.

“There were a lot of rooms and they treated us well, they gave us food on time. We had liberty in the house, like what to eat, when to play, but we couldn’t go outside.”

Children know when they are not free.

“It always felt like we were detained,” Carolina says. Despite the many differences, she also saw too many similarities with her earlier experience.

“I cried a lot because it reminded me of when I was locked up in the kidnapping.”

Detention can harm the long-term emotional and psychological development of a child. It is the last thing a vulnerable child needs when arriving in a new country.

Do you agree that children don’t belong in detention? Go to endchilddetention.org/take-action now and sign the petition or record your message of support

Abassi’s story of detention in Greece

A long journey to detention – Yusuf in Malta
Scroll to top