“We came here seeking refuge, and they are treating us like criminals,” reads the petition, inscribed in the careful printing of hunger-striking mothers detained with their children in the U.S. at Karnes County Residential Center in Texas.

After a record number of children and families fleeing gang-ravaged Central America started crossing the US-Mexico border last spring, the US government decided to begin locking up thousands in detention. Federal officials asserted that the previous practice of registering families with children at the border, releasing them, and then hearing their asylum claims in immigration court was failing to adequately deter unauthorized migrants from entering the United States. In recent weeks, about 70 mothers decided to go on hunger strike, eating just once a day, to protest their detention.

In July 2014, Department of Homeland Security Secretary Jeh Johnson called the detention of these families an “aggressive deterrence strategy” that includes the conversion of a now 500-bed detention center in Karnes, Texas into one to hold families, the construction of another 2,400-bed facility in Dilley, Texas and the expansion of an existing facility in Pennsylvania. All of this to be able to lock-up over 3,000 mothers and their children, which an agency press release promised would “help ensure more timely and effective removals that comply with our legal and international obligations, while deterring others from…illegally crossing into the United States.”

But the family detention centers do not, as DHS declares, “comply” with US obligations under international law.

As Human Rights Watch has documented, many of the people whom the government aims to deter are fleeing for their lives. Mothers and children caught up in the family detention system have received asylum because they fled gang violence, abusive domestic partners, or violence related to their sexual orientation. Even initial US government screening of detained families has found the majority to be credible asylum seekers.

Detaining immigrants to deter future asylum seekers is contrary to international standards, according to the United Nations refugee agency, UNHCR, which has supervisory authority over the Refugee Convention. Under UNHCR’s detention guidelines, civil detention of immigrants can only be imposed when it is necessary and proportional to achieving a legitimate purpose with respect to a particular individual, for example to prevent a detainee from harming others or to ensure they show up to court hearings. That is not what DHS’ current sweeping detention policy does, since it locks up mothers and children arriving from Central America without consideration of their individual situation.

Furthermore, as numerous studies have shown, detention does not actually deter future immigration. In fact, domestic reception policies in destination countries have little to no overall effect on arrival numbers. Instead of reducing the numbers of irregular migrants, stricter detention and enforcement measures result in migrants undertaking greater risks.

Thus, not surprisingly, in February, a US federal court evaluated the government’s family detention as deterrence strategy and found it did not comport with US civil detention standards. In grudging compliance, the government has offered some families held in the family detention centers release if they can pay bonds that for most are exorbitant. For example, Kenia Galeano, a recently liberated Honduran mother, paid $7,500 to pursue her asylum claim outside of detention with her two-year-old son.

Meanwhile, the administration continues to argue in court that it can appropriately use family detention to send a message to migrants from Central America that they should not journey to the United States to have their asylum claim heard. Instead of focusing on multi-layered responses to address root causes of irregular movement, government lawyers have asked to present more evidence that their interest in detaining asylum seekers is valid. Meanwhile, the director of Immigration and Customs Enforcement, Sarah Saldaña asked Congress to appropriate funds for 2,760 individuals housed in family residential centers (at an average daily rate of $342.73 per person).

The US government’s disregard for human rights norms on family detention could not be more concerning. Galeano, one of the original organizers of the mothers’ hunger strike, told Democracy Now she was held by ICE with her son in isolation in a dark room as punishment. The day after her release, other women in detention began a new strike. 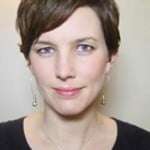 Clara Long is an immigration and border researcher with the US Program of Human Rights Watch.

Locking Up Kids and Moms Can’t be the Answer