We take a moment to pause and appreciate an advocacy win as the text for the historic UN Global Compact on Migration is agreed on.

It’s a historic moment – leaders of 192 UN Member States have now agreed on the final text of the Global Compact on Safe, Orderly and Regular Migration, which establishes a common agenda for managing migration and protecting the human rights of all migrants.

Over the two-year negotiation period, ending child immigration detention was frequently called an “ambitious” aim. It began with the New York Declaration on Refugees and Migrants – which was almost derailed by the child detention discussions – and resulted in text that was extremely problematic.

There were many times over the past two years where it looked like we were going to end up with a final text that was even worse than the NY Declaration – the scariest moment had to be the US insisted that detention is “seldom” good for children. Of course, this was before the US pulled out of the whole process (perhaps on this issue, it can be said that the US really did us a favor).

For the record – even short periods of detention harm child wellbeing, health and development. International law clearly states that immigration detention of children is always a child rights violation.

However, we’re happy to report that progress has been made in the final text for the Global Compact on Migration. Objective 13, paragraph 19 h states that in order to fulfil the commitment to take a human-rights based approached to any detention of migrants States will:

Protect and respect the rights and best interests of the child at all times, regardless of their migration status, by ensuring availability and accessibility of a viable range of alternatives to detention in non-custodial contexts, favouring community-based care arrangements, that ensure access to education and healthcare, and respect their right to family life and family unity, and by working to end the practice of child detention in the context of international migration.

Paragraph 15 of the Vision and Guiding Principles also emphasises the principle of the best interest of the child (note – the Committee of the CRC has previously clarified that in the case of immigration detention, it is never in the best interests of a child to be detained). It says:

“Child-sensitive: The Global Compact promotes existing international legal obligations in relation to the rights of the child, and upholds the principle of the best interests of the child at all times, as a primary consideration in all situations concerning children in the context of international migration, including unaccompanied and separated children.”

So the end result: the Global Compact on Migration now has a commitment from States to work to end child immigration detention.

It’s stronger than the text in the New York Declaration, but it’s not yet fully in line with international human rights standards, which urge States to expeditiously and completely cease the practice of child immigration detention. 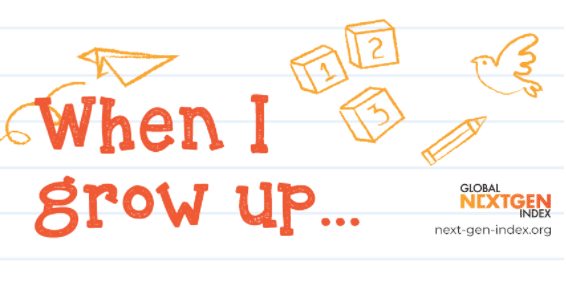 APPRECIATION FOR OUR PARTNERS

This progress would not have been possible without the support of many States. Some were especially outspoken – Brazil, Mexico, The Philippines, Guatemala, Costa Rica, Uruguay, Paraguay, El Salvador, Argentina, Jamaica, Dominican Republic, Panamá, Nepal, Venezuela, Bangladesh, Egypt, Nigeria and the Holy See, as well as the African Group as a whole. Many others were quietly supportive or chose not to object. We take this moment to thank Member States for doing what is right for children, for families, for our collective future.

We also take this moment to thank the many partners, be they people with lived experience of detention, campaign supporters, UN or civil society experts, who worked tirelessly to mobilise on this issue. The Initiative on Child Rights in the Global Compact on Migration and the Inter-Agency Working Group to End Child Immigration Detention were especially effective spaces for this collective work.

The text will be adopted in December, and then the Global Compact will move into the most crucial stage –  implementation. It’s time for governments to come good on their promises and really make a difference to the societies that they govern.

On August 12, International Youth Day, we will be launching our NextGen Index, where our united, powerful civil society network ranks 22 States on their work to end child immigration detention.

These rankings will be released with recommendations that outline exactly how States can work to end child immigration detention, and what can be done to support children through the migration process.  It’s a perfect tool to compliment the commitment from States in the Global Compact on Migration, especially as it is mostly migrant children who languish behind bars of detention worldwide. Going forward, it will be updated annually – a transparent way to see how your State measures up.

If you would like to help promote this important tool for change, get in touch.