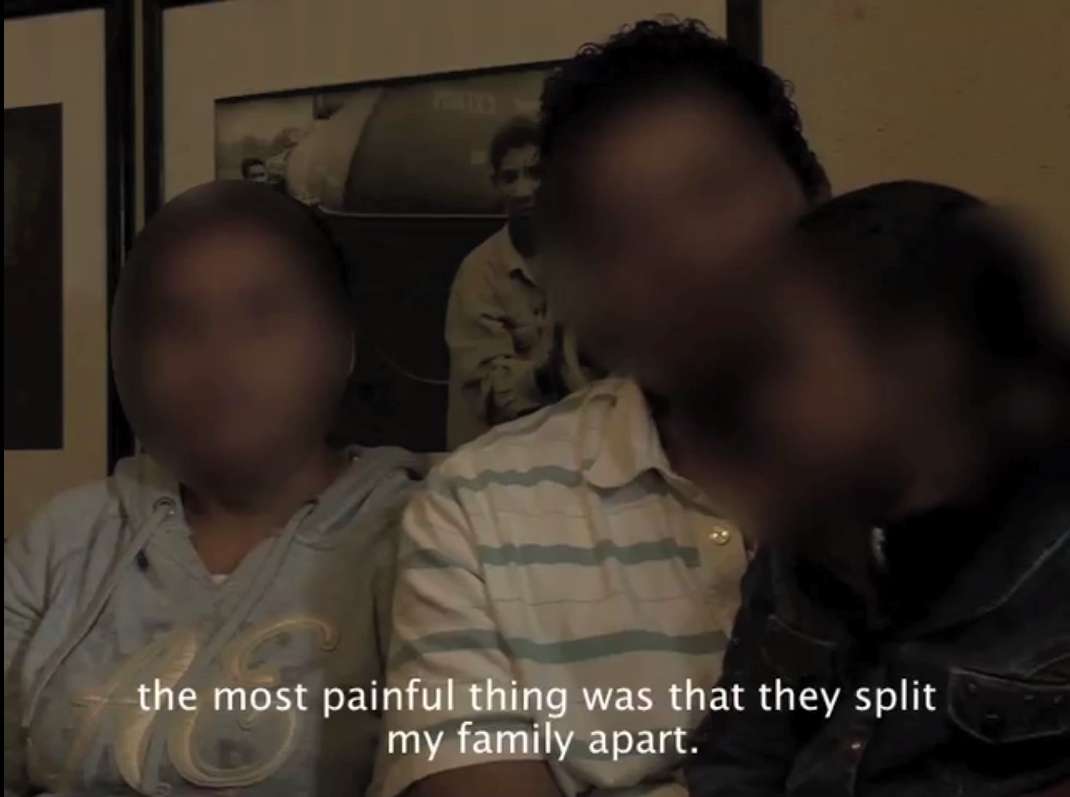 “I feel bad being in the detention centre apart from my son for almost two months. I just missed him. I just lose him.”

Liberty, privacy, dignity. They are all missing in detention.

But when a child leaves detention, they can often lose something else. A purpose.

Juan and his wife Ana left Colombia for Mexico to protect their daughter. They had good reason to be protective.

“We decided to come here because (of) the fact that one of my brothers’ daughters was raped,” Juan says.

With their daughter and son they travelled through Honduras and Guatemala before arriving in Mexico. In the city of Tapachula they were detained when they asked how they could get asylum in Mexico, a signatory to the Refugees Convention.

“We have no idea that it was a crime to cross borders without documents. So they said that we were able to ask for asylum in Mexico City,” Juan says.

It was in Mexico City that the family was detained for nearly two months – and separated from each other.

“They sent my son to the minors’ area, they sent my wife and daughter to the female section and they sent me to the male one,” Juan says.

‘The detention centre seems to be like a jail.”

When Ana became ill due to stress she was transferred to hospital for three days, and Maria, aged 14, was left on her own in the detention centre.

There was no need to separate the family. Three weeks before they were released, Ana, Jose and Maria were permitted to stay in the same section.

It was 16-year-old Jose who was left most changed by the detention experience, Juan says. Now directionless and without motivation, Jose was often angry at the lack of time he could spend with his family.

“We were supposed to have a schedule where we all should be together, but they sent us to that area late or earlier so we just get a chance to see each other for half an hour instead of an hour every day,” Jose says.

“I used to be mad, mad at the agents, because they never took us on time. I was mad because I wasn’t understanding the whole situation,” he says.

“Sometimes I was just crying by myself.”

Jose feels a sense of hopelessness associated with leaving his homeland and ending up in Mexico.

Despite the obvious need to escape the violence of Colombia, Juan feels deep guilt for the consequence of his decision to leave, especially for Jose.

“I ran away from danger and I jeopardized my family along the way. I spoilt my son’s future because of the decision I made,” Juan says.

“ I’m very frustrated because I have seen all the damage this situation has caused. I’m really sad because now my son is saying that he will not go back to school… if (you) want to succeed in life, you have to learn,” he says.

Juan says he felt bad being apart from his son for so long.

More than a month in detention, separated from your family, can be harmful for any person. For children it can leave irreparable psychological damage.

Sergio – Detained in the US
Scroll to top