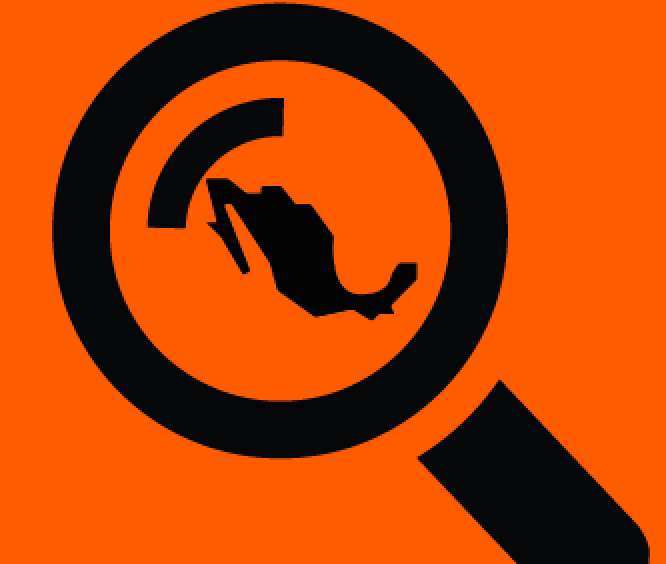 According to Mexican legislation, as a general rule, all migrants who enter or stay in the country without the proper documentation are at risk of being detained — including children. Even though the current Immigration Law (2011) states that all children traveling without their parents or guardians should be transferred to the national child welfare system (Sistema Nacional para el Desarrollo Integral de la Familia, DIF) to receive appropriate attention, care and protection, the majority of children are detained and then returned to their country of origen.

Most children held in immigration detention in Mexico come from Honduras, El Salvador and Guatemala. They leave their countries for numerous and multiple reasons, including violence, abuse, poverty, abandonment, a lack of educational opportunities and to be reunited with family members.

Mexico has the largest immigration detention center in Latin America

In 2014, unprecedented numbers of children left their countries without their parents or guardians and headed toward Mexico and the United States. The Mexican government has responded to this increased movement by channelling more resources to operations to find and detain irregular migrants, as well as to toughening control mechanisms at their southern border (see, for example, this article on Mexico’s Southern Border Program and the report Mexico’s Other Border: Security, Migration, and the Humanitarian Crisis at the line with Central America, both by the Washington Office on Latin America).

Learn more about immigration detention of children in Mexico:

Info-graphic on number of persons held in immigration detention centers in Mexico in 2014. Also available in Spanish

The Cost of Stemming the Tide: How Immigration Enforcement Practices in Southern Mexico Limit Migrant Children’s Access to International Protection (2015)

This report by the Georgetown Law Human Rights Institute highlights the many consequences of Mexico’s increased used of immigration detention and enforcement in response to recent increased migration by Central American children traveling alone to Mexico and the United States.

Dignity without Exception: Alternatives to Immigration Detention in Mexico (2013)

The International Detention Coalition’s report presents findings from research carried on in 2012 on the possibility of developing alternatives to immigration detention in Mexico. Section 3.1 focuses specifically on children and adolescents. Summary Report in English.

Childhood and Migration in Central and North America: Causes, Policies, Practices and Challenges (2015)

This study highlights immigration detention as one of the most concerning child rights violations in the region. Chapters 6 and 7 focus specifically on Mexico and were written by the Programa de Defensa e Incidencia Binacional, the Coalición Pro-Defensa del Migrante, and the Centro de Derechos Humanos Fray Matías de Córdova.

This video shares stories from children who have been locked up in immigration detention centres in Mexico. The video was created by the Colectivo de Apoyo para Personas Migrantes, A.C. (COAMI).

This assessment study by the Institute for Security and Democracy (INSYDE) offers a glimpse into the conditions that endanger many migrants in Mexico. The research shows how the National Migration Institute (INM) displays structural deficiencies that call into question its very functionality, particularly in view of the standards of the new Migration Law.

A one page summary highlighting the results from UNHCR-led research with Central American children held in immigration detention centres in Mexico. The full report in Spanish Arrancados de Raíz also shares drawings and testimonies from the children.

*All facts relating the number of detained children are from official statistics  from the Mexican Ministry of the Interior (Secretaría de Gobernación): Tables 3.1.3 and 3.1.5 in “Boletines Estadísticos“