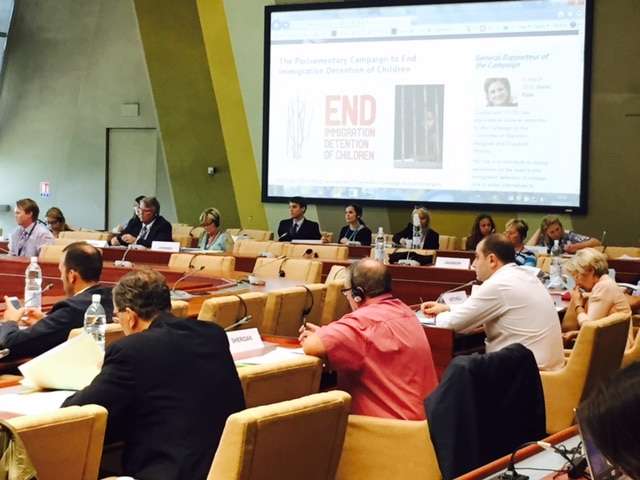 Are you FOR a Europe without the detention of migrant children?

That’s the title of the first Roundtable that the Parliamentary Assembly of the Council of Europe held last week as part of their Campaign to End Immigration Detention of Children.

‘With this roundtable, the Committee wants to also reaffirm that detention has very negative effects on children’s physical and psychological health and development. This is why the Parliaments of the Member States of the Council of Europe should take immediate measures to end the detention of immigrant children both in law and practice, and actively support the Campaign.”

The event also included the launch of their new website, which details the situation of child migration in Europe.

During the event, Ms. Genevieve Sauberli, the Human Rights Officer, for OHCHR, focused on the negative impact that detention has on child development, highlighting the recent findings of the Australian Human Rights Commission that as many as 1 in 3 children had mental health disorders.

“Children who are detained in immigration detention rarely have access to adequate education, play and leisure facilities, possibilities to interact with their communities, or staff who are trained to respond to the specific needs of migrant children.”