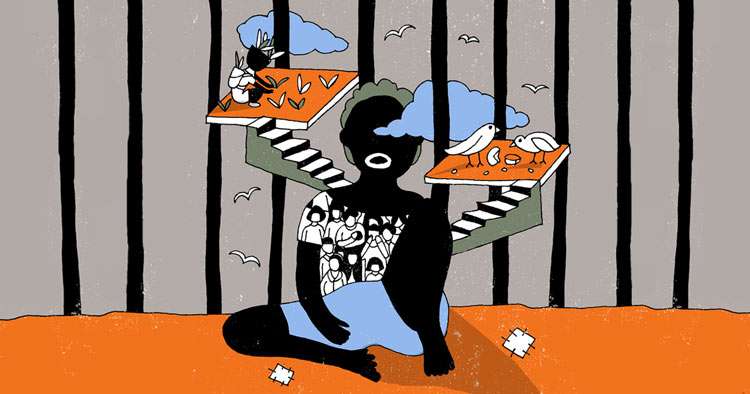 Dakarai left his homeland in Zimbabwe at the age of 14 after all his immediate family had died.

Someone had told him there were opportunities in South Africa. He felt he had no other options but to be strong and leave.

Dakarai was working on a farm in South Africa for a while but was exploited and ran away. He was arrested by soldiers because he didn’t have the right papers. Adults and children were detained together at the detention centre.

More than 300 people were there at the time. ‘Sometimes we were sleeping on the floor without blankets, we were staying there for a long time because they were telling us there was no transport to Zimbabwe to deport us. We stayed there for a whole month. The building was made from iron sheets and the food was also another problem, we only received one meal a day, just bread, sometimes with soup. Since we were mixed with thugs and other adults they would take the soup from us. It was very difficult for the children to find a place to sleep.”

There was nothing to do in the detention centre: no toys, ball or place to play. The women and girls were kept on the other side of the wall. Dakarai became ill in detention so the authorities took him to hospital. After receiving some treatment, he was released, but had nowhere to go. He slept on the streets.