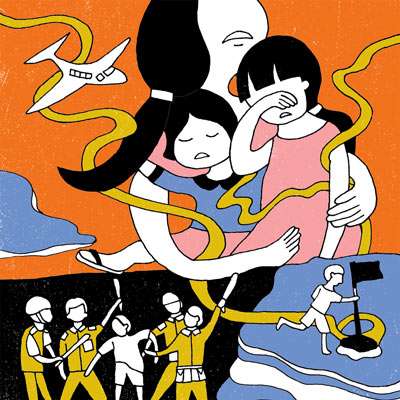 ARUN AND CHIT FROM MYANMAR, DETAINED IN MALAYSIA, AGED 8 AND 6

Arun and Chit fled Myanmar with their mother. Their father had already fled the country after being jailed and tortured by the junta. The children’s mother was also jailed by the military. When Arun and Chit left Myanmar with their mother, they left behind two other siblings because they didn’t have the money to bring them. They paid an ‘agent’ to get them to Malaysia where their father was.