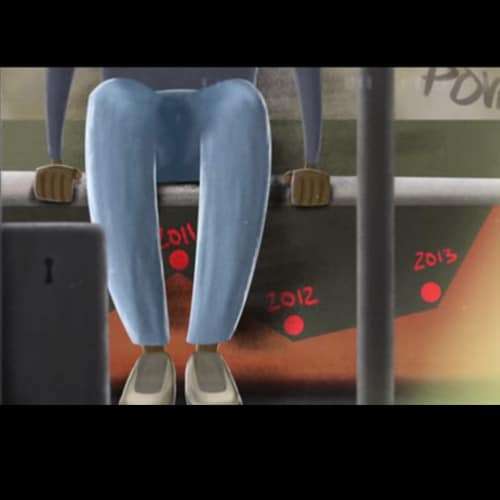 The image of the dead body of the toddler Aylan, who washed ashore near a Turkish tourist resort in early September, stirred up emotions worldwide and led to a sudden new awareness among the general public of the risks, dangers and human rights violations which migrants face, particularly children.

A new video animation entitled ‘Migration is Not a Crime’ calls on the general public to hold their governments accountable. As voters and as citizens, it is our role to prevent more people from dying, to prevent more human rights abuses and to recognise all human beings as rights holders, regardless of residence status.

The short video, which was produced by Motion Designer Roald Seeliger in cooperation with the Platform for International Cooperation on Undocumented Migrants (PICUM), underscores the need to ensure regular ways for people to come to Europe safely, for work, study, and protection and to join family living in Europe.

‘We are in danger, we are not dangerous’

The slogan ‘we are in danger, we are not dangerous’ is frequently used by migrants and asylum seekers during public protests and actions to raise awareness of how they are treated as a security threat. Measures to enforce migration control foresee their arrest, detention and deportation, and put them at risk of violent acts by individuals.

The discourse used in this context often refers to them as ‘illegal’, and wrongly portrays them as undeserving, unwanted and without rights. This leads to widespread acceptance in society of the alleged need for such criminalising measures, even when they breach human rights – such as the immigration detention of children.

We can see this approach being reinforced, right now, in response to the current situation at the EU’s borders. Migrants who recently arrived and who might become undocumented in a few months or years if their claim for international protection is refused, and those undocumented migrants that have been living in Europe for a long time will feel the impact. Many entered and resided in Europe regularly but have lost their status due to reasons such as losing their job, domestic violence or refusal of an application for international protection. Children also become undocumented if their parent loses their status, or are born as ‘undocumented migrants’ in Europe.

It is time for our governments to make changes that respect the rights of all migrant children.

All European Union countries have agreed to a number of international laws, including the UN Convention on the Rights of the Child, which guarantee the rights of all children, regardless of residence status. Yet in practice there are very limited channels for children to migrate, and children face a greater risk of becoming undocumented as their status is linked to their parents.

Undocumented children are frequently arrested, detained and deported along with their families. They also have limited access to education, health care, shelter, and protection from violence. Without papers, families are unable to seek protection from the police without risking arrest or separation, and there is rarely any accountability for perpetrators.

The UN Committee on the Rights of the Child has clarified that the detention of children for immigration purposes always constitutes a violation of children’s rights and can never be justified as in their best interests. The EU Return Directive falls short of this standard but significantly limits the use of child detention – it must only be used a last resort and for the shortest appropriate period of time. But in reality, 17 European countries detain unaccompanied children and 19 European countries detain families with children.*

The video animation aims to inform the public and governments of the need for safe routes to come to Europe. Our current policies have led to loss of life and gross violations of rights: it is time for our governments to make changes that respect the rights of all migrant children.

There are a number of promising practices and recommendations to build on, including laws and practices that ensure a ‘firewall’ between immigration enforcement and basic services. This means that undocumented migrants can access protection and justice if they are exploited or become victims of crime, that they can access shelter and go to the doctor, and their children can go to school, without any discrimination or risk that they will be reported to authorities. There are models to provide non-custodial community-based alternatives to detention and regular channels for migration to be explored and implemented.

There are a number of promising practices and recommendations to build on, including laws and practices that ensure a ‘firewall’ between immigration enforcement and basic services.

Do your part to raise awareness: watch the animation, share it among your networks, and start a conversation about the fact that migration is not a crime.

The Platform for International Cooperation on Undocumented Migrants (PICUM) is a network of individuals and organisations working to ensure social justice and human rights for undocumented migrants. PICUM supports the Global Campaign to End Child Detention.