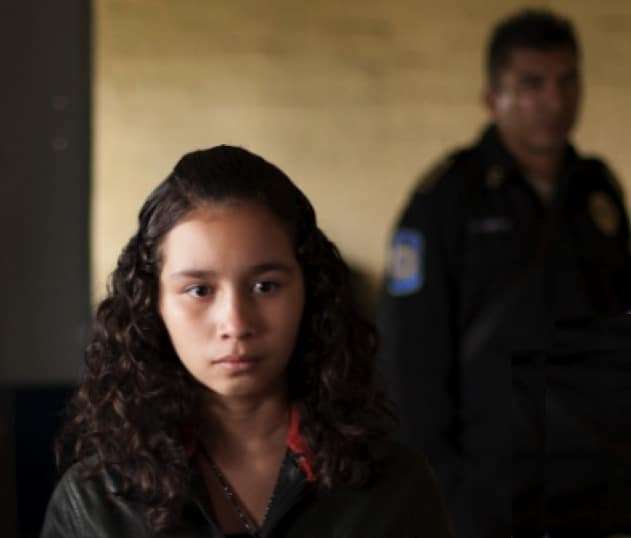 Targeted by gangs and unprotected by their governments, many Central American girls – some as young as nine – brave the dangerous journey north to try to find safety in the United States. On this day, the International Day of the Girl, we call on the U.S. government to respect their rights and welcome these girls with compassion instead of detaining them.

Central America is one of the most dangerous places in the world. Women and girls are murdered, beaten, and raped in appalling numbers. Two thousand women and girls were murdered in Honduras between 2006 and 2011. Since 2000, five thousand women and girls were murdered in Guatemala. According to the Women’s Refugee Commission, the governments in these countries are either unwilling or unable to prevent the gender-based violence endemic to gang activity. Domestic abuse, gang rape, and femicides have only grown in the past few years. Girls are coerced to act as drug mules under threat of gang rape.

We call on the U.S. government to respect their rights and welcome these girls with compassion instead of detaining them.

In the summer of 2014, a large number of refugee women and girls arrived at the U.S. border seeking asylum. To our dismay, President Obama and his Administration responded in much the same way that governments around the world react to the arrival of desperate people: they reverted to policies that betray America’s legal and moral framework.

Most of the girls who arrived and continue to arrive in the U.S. are detained in short term facilities run by Customs and Border Protection (CBP) – a practice the Administration had all but eliminated as inhumane and inefficient. Conditions at these facilities are notoriously inappropriate for children. The lights stay on through the night, the cells are freezing, and many children report lack of food, water or medical care. In July, a U.S. District Court ruled that the CBP holding facilities are not appropriate for children or families. While the Administration, to our shock, appealed that decision last week CBP announced new standards for these facilities. The new standards outline special protections for girls, yet they fall short in substance. For example, it is unclear how CBP will evaluate compliance with these new standards.

After this initial detention, most unaccompanied children are sent to shelters run by the Department of Health and Human Services (HHS). While HHS must seek alternatives to detention, many girls end up in secure facilities or ones that are operated from juvenile jails.

Girls who arrive with a parent or guardian often fare even worse. They can be locked in family detention centers for a year or more.

Girls who arrive with a parent or guardian often fare even worse. They can be locked in family detention centers for a year or more. These centers often lack adequate mental health care and fail to provide needed medical attention. Girls who have experienced trauma sometimes do not receive the counseling they need. Detained women have reported being sexually assaulted and threatened by guards.

Many girls do not even make it to the U.S. border. Instead they are apprehended at Mexico’s southern border by the U.S. Mexico’s Southern Border Program, developed in response to the 2014 surge: Mexico stops many Central Americans as they enter Mexico and summarily sends them back to their home countries without offering any protection.

Countries should embrace these girls with policies designed to ensure their well-being.

The journey from Central America to the United States border is long, dangerous, and terrifying. Hired guides sometimes abuse and rape the girls on the journey. Yet thousands of Central American girls are making this perilous journey because the dangers in their native countries are greater. International laws governing the protection of refugees provide for the rights of these girls and the U.S. and other countries could and should embrace them with policies designed to ensure their well-being. Sadly, they do not.