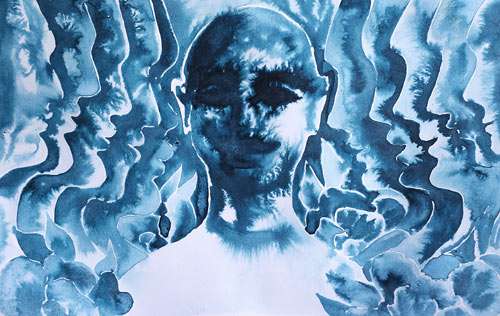 ARIF B. FROM AFGHANISTAN, SHELTERED IN INDONESIA, AGED 15

Arif B. was just 15 years old in early 2011 when he left Afghanistan to travel to Indonesia by himself. He borrowed US$7,000 to pay smugglers to bring him to Jakarta. From there, he made his way to Banjarmasin, a town in South Kalimantan, and boarded another smuggler’s boat to take him on what he hoped would be his final destination: Australia.
The crossing from Banjarmasin to the nearest Australian territory covers approximately 700 miles, and is perilous and often fatal, plied by unseaworthy vessels that lack sufficient navigation equipment, food, or fuel. Seven days into the 15-day journey, Arif’s boat went into distress. A passing cargo ship picked up the passengers, including Arif, and took them to the Indonesian police, who ignored the fact that Arif was a child traveling alone, half a world away from his parents. Immigration officials held the passengers overnight in an informal detention facility in Samarinda, East Kalimantan, before transferring them to the Balikpapan Immigration Detention Center (IDC), some 60 miles away.

Arif remained at Balikpapan IDC for 50 days, confined to a cell with unrelated adults for 22 hours each day. When he tried to escape, one day after arriving at Balikpapan, the guards beat him. He told Human Rights Watch,

That day I was beaten up very roughly…. There were eight or nine people beating me, most were guards and there was one person from the outside. They hurt my shoulder, my ear, my back. I was beaten with one of the other people who was caught. It was in the courtyard, everyone was there…. They saw and watched. Including one family from Iran, with a seven-year-old boy. He was watching too.

After 50 days, Arif was taken to Kalideres IDC near the capital Jakarta, one of Indonesia’s largest of the 12 or so IDCs nationwide. There, he bribed an immigration official with $400 to secure his release.

Arif tried to make the boat crossing to Australia again in December 2011. Again, his boat went into distress, but this time the consequences were fatal. Arif reports that hundreds of his fellow passengers died, and he himself nearly drowned:
We spent eight hours on the boat before it was in trouble, then three nights floating in the boat while it was sinking down…. For three days and nights, no water and food. We kept climbing higher and higher as the boat was sinking.

After Arif was rescued, Indonesian authorities brought him back to Jakarta, and all but turned their back on him. Now 17, he lives in a shelter that a non-governmental organization (NGO) runs near Jakarta for unaccompanied migrant children.

Although Arif has paperwork certifying that he is a refugee from the UN’s refugee agency, UNHCR, the Indonesian government does not recognize him as in the country legally. The government does not provide guardianship or other assistance to unaccompanied boys like Arif, and he cannot work legally, or move freely around the country. He hopes to be resettled to Australia, but in the meantime has no school to go to, and claims he still feels the psychological trauma of his flight, detention, and near-drowning.